The trucking industry’s driver shortage increases prices and constrains capacity for freight shipping on the nation’s roadways. Unfortunately, reports of the need for new drivers obscure a different shortfall with serious safety implications. A lack of truck parking (trucks that transport the vast majority of American goods) puts drivers at risk and reduces operational efficiency for carriers.

The problems created by the truck parking shortage are compounded by hours-of-service rules that legislate the amount of time truck drivers need to spend off the road. The solution to this issue will require a combination of public and private sector efforts, and it’s not clear who will take the first step toward keeping truck drivers safe.

While the words “hours of service” don’t carry much meaning for people outside the trucking industry, they inspire mixed emotions for truck drivers who get behind the wheel every day. Hours-of-service regulations were enacted by the Federal Motor Carrier Safety Administration in July 2013, and introduced strict guidelines for how many breaks drivers needed to take and how long those breaks had to be.

The FMCSA created the legislation to cut down on driver fatigue, which it determined was a leading cause of deadly crashes. According to the legislation, driver fatigue endangers other motorists and adversely affects the health of drivers. Despite intense lobbying by the trucking industry against hours-of-service rules, the FMCSA prevailed, and drivers who spend too long behind the wheel are fined $11,000 dollars for each offense, according to Forbes.

Setting aside a larger discussion about the laws effectiveness, the rule has drawn attention to a lack of truck parking that has plagued the trucking industry for years. By forcing drivers to park and take breaks more often, the FMCSA has further slammed a parking system that was already inadequate. While hours-of-service legislation was intended to protect drivers who spent their lives on the road, the lack of secure parking is putting them at risk.

Traditionally, drivers would park their rigs at truck stops, which offer a secure place for drivers to congregate and sleep, but these areas lack the capacity to keep up with today’s trucking demand. Because all truckers need to adhere to rigid break schedules, truck stops fill up quickly, and the alternatives are unpleasant.

The Wall Street Journal noted that a lack of secure truck parking forces drivers to stop wherever they can find space. This includes shopping center parking lots, open areas outside their delivery destinations and highway exit ramps. None of these options represent a solution to the problem, and in many cases, truck parking in these areas puts drivers at risk. Thieves can vandalize or break into trucks, and it’s all too easy for a driver to be caught alone and defenseless. 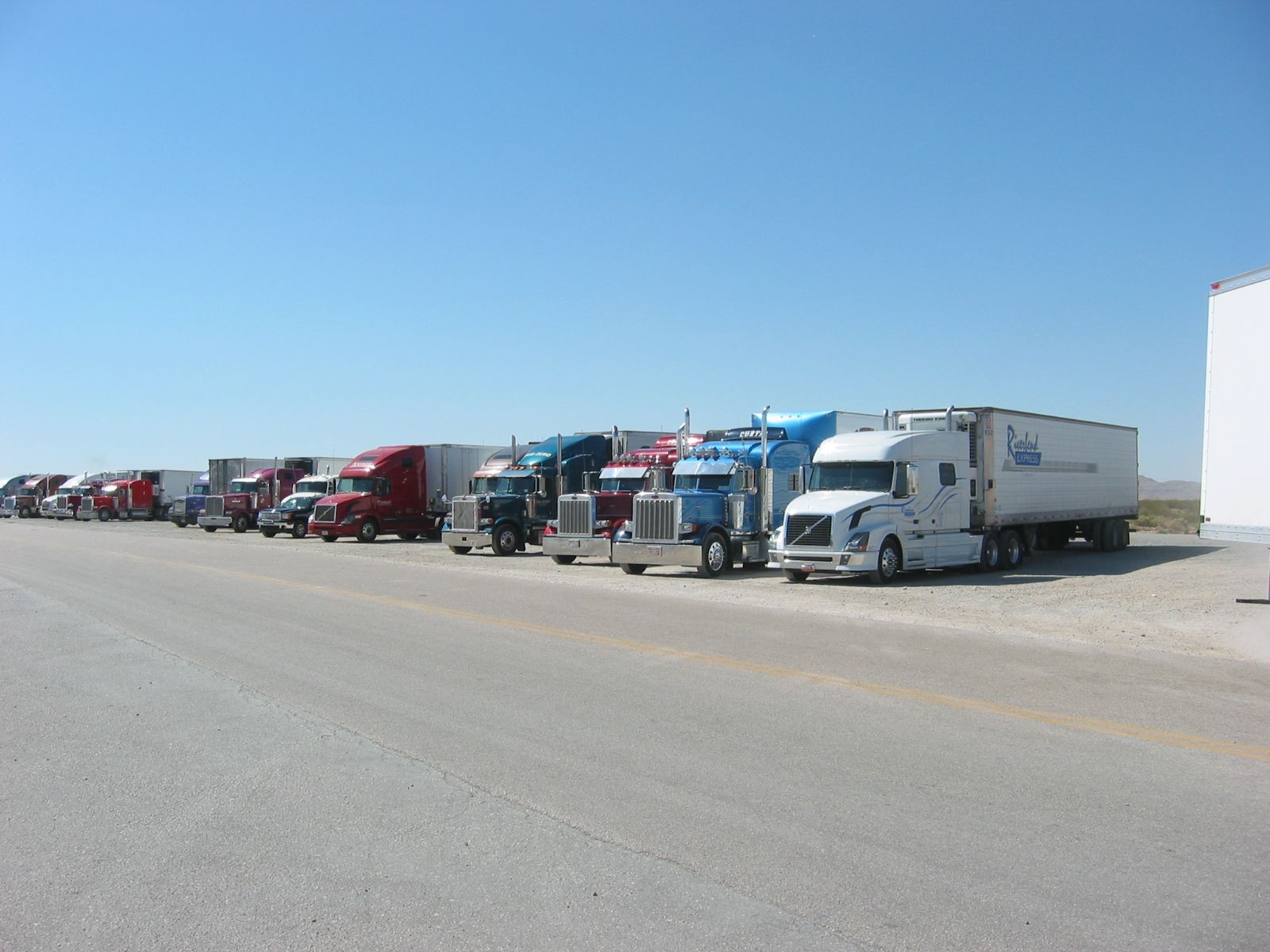 A Range Of Truck Parking Solutions

Though the government has studied this issue for many years, officials have failed to take decisive action that alleviates the problem. A 2012 study from the Federal Highway Administration noted the lack of truck parking posed a serious threat to drivers, but money that could fix the problem was generally allocated to pressing infrastructure issues, such as bridge repair. According to estimates at the time, fixing the issue would require over $231 million. In 2012, the government put just $2.9 million toward fixing the problem.

In the face of public sector inaction, the burden of solving the issue may fall to private companies and the trucking industry. The Wall Street Journal noted that industry pressure on truck stops during fuel contract negotiations could push stops to add additional truck parking spots.

In recent months, government bodies have acknowledged the breadth of this issue, though the extent of their response remains unknown. Even if the government moves to improve truck parking across the nation, it will be years before supply matches demand. In the meantime, drivers will be forced to drive long hours in search of adequate truck parking. New apps that locate available parking spaces and provide directions to drivers could help cut down on the time drivers spend searching for a place to stay, but it’s inevitable many drivers will find themselves parking in unsafe situations for years to come.